The event took place may 21st. 2022 I may continue this format at Twitch.

Below you find some information on gaming with Linux.

During the event (3 hours) we randomly played games of a collection of more than 1000 games. We played 10 games in total - from indie to AAA titles. Every game had a time window of 15 minutes to play it or to get it to run.

My XBox Controller was immediately recognized but the keys were not mapped correctly by default.

Definitely do not install the games on a Windows partition. Steam uses Symlinks, which does not work using NTFS or FAT32.

Actually, simply install via the Steam Client and you're good.

In Steam > Settings under Steam Play tick the additional Box, to start all games using Proton. 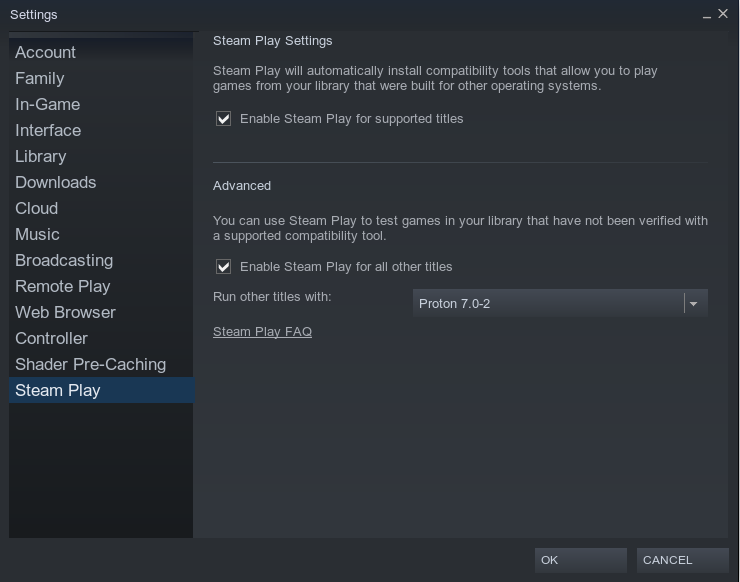 Once you downloaded a game somewhere, unzip it to a folder of your choice.

Tip: Lutris does not start any game?

Problem (probably related to using the Steam Beta Client): Lutris does not start any game.

The developers offer a Debian package on their github.

To see how well a game performs, you can check ProtonDB before you purchase.

Games recently still marked "borked" will most likely not work.

If a game runs very poorly or not at all is inconvenient. Steam has a return policy that allows to return a game withing 14 days as long as you played less than 2 hours. Epic has a similar policy.

Epic still hands out a very good game once a week for free.

At Humble Bundle you can subscribe and receive monthly game bundles - often much cheaper than the games.

If you're looking for a bargain, check this out:

Find out if you're using Wayland or Xorg

Tipp: directories are broken after unzip

Especially Indiegala downloads often are ZIPs that are compressed with wrong directory separators (\ instead of /). A little Script helps: